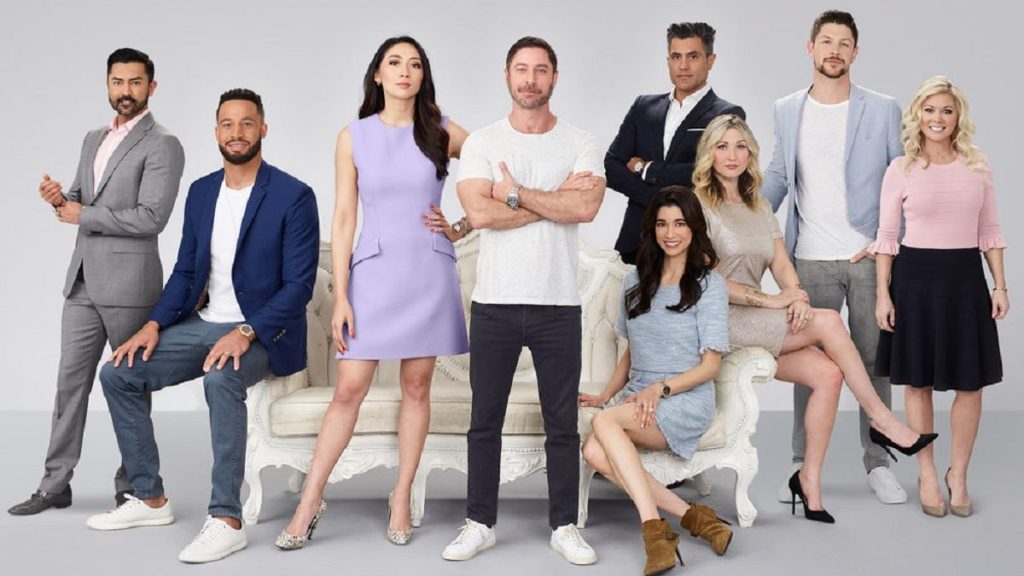 Listing Impossible airs an hour early this Wednesday, possibly because that’s how long it will take Aaron Kirman to get out of the latest house he’s trying to get off the market.

“The House with Endless Hallways” is the CNBC series’ season finale, and in it, Yawar brings Aaron in to be the hammer to his velvet glove for a one of a kind property in Lake Hollywood. But that’s the issue with it – between the fact that half of the house is an addition, and the design that has more architecture than practicality in mind, there’s no playbook for how to handle the listing.

There’s plenty of space, but it’s divided up between countless hallways and staircases, and so there’s little clarity on where the important areas actually are. Unless you’re looking for the art gallery or the impressive office, you’ll need a map to find your way through this almost $5 million home. “It just feels like a swanky Kinko’s,” Aaron quips early on, and he’s not wrong. But it’s his and Yawar’s job to make this house a little less unique so that it can appeal to a wider pool of buyers.

But how do they balance the house’s personality with the need for mass appeal? It’s not easy; to give you a hint, you’re going to see both the world’s ugliest chair and a pterodactyl in this episode.

In the second story, we’re finally treated to more of Morgan, as he works with Neyshia to find a possible home for a celebrity client. We haven’t seen a ton of Morgan Trent in this first season of Listing Impossible, and he’s a bit underrated. The subplot is also unique because Morgan is representing the potential sellers to Neyshia’s buyer, so viewers get to see what it’s like when both sides of a deal are represented by the same firm.

Unfortunately, that story isn’t as fleshed out because of the immense amount of time that the finale has to spend in Lake Hollywood, but it does show just how deep the Listing Impossible ensemble is. By the end of the season, we’ve gotten to know most of the major players in Aaron’s team, and we want to keep following their story.

Hopefully the show comes back for a second season, because it does feel like this series has tremendous potential for growth now that all the first-season exposition is out of the way. If nothing else, we’ve all learned not to put pterodactyls in our houses.

The Listing Impossible season 1 finale airs at the special time of 9:00 p.m. ET/PT on CNBC.