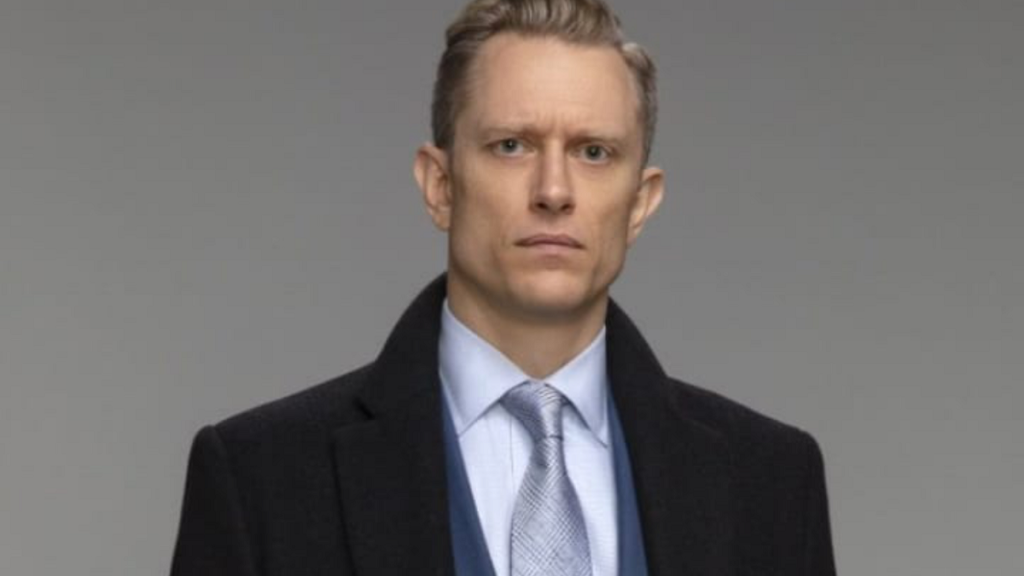 Neil Jackson is returning to supervillainy in The CW‘s Stargirl, and it’s not a moment too soon.

One of Neil’s early breakout roles was playing the malicious Marcus Van Sciver in Blade: The Series, which also happened to be one of the first TV dramas centered around a Marvel or DC superhero – well before the genre exploded on the small screen. Now, almost 15 years later, he’s going to be making Stargirl’s life difficult as Jordan Mahkent, aka Icicle, when Stargirl joins the CW lineup.

But first, he visited me to talk about the latest CW/DC series, his interpretation of the Icicle character, and what it’s been like to once again play a villain who audiences will love to hate…or might even potentially sympathize with. Get to know more about Neil Jackson and his character here before Stargirl premieres.

Brittany Frederick: There have been multiple versions of Icicle, including one on The Flash, so how did you decide to approach the character?

Neil Jackson: Actually, that was all done by Geoff Johns, who created the show. I’ve been friends with Geoff for 15 years. We did a TV series called Blade: The Series 15 years ago in Vancouver, and he was one of the writers on it. I knew a little bit about this project, but I’d never seen the comic books or anything else like that. It was last January, Geoff called me up and he said they’re doing a live action version of [Stargirl] for DC Universe, the streaming network, because at that point it wasn’t on CW. He said he wanted me to be a part of it and he said that this character is the main villain Jordan Mahkent, also known as Icicle.

I love comic books, I absolutely love comic books, [but] I knew very little about Stargirl. And when he mentioned that the main villain was called Icicle, that name doesn’t exactly instill the greatest amount of dread in me. So I wasn’t entirely sure what the tone of the piece was going to be, but then he went on to pitch me the story of who Jordan is and how he fits into this world that he’s created in the TV version of this comic book, and I was captivated from the beginning.

BF: What was it in Geoff’s pitch that captivated you and made you want to play Jordan?

NJ: What he’s done with Jordan is he’s created a character that’s so multi-layered. He fell in love, got married to the love of his life. They had a child, he had the perfect life, and then his wife ended up dying of cancer and it turned out the cancer was brought on because of toxic waste that was dumped in a school that she was working in. The moment she died, obviously Jordan’s heart was broken. So what he did was he set about trying to make sure that the same thing would never happen to anybody again.

He made it his personal mission to eradicate the type of people that have caused this to happen to his wife. Essentially, he sees himself as a good guy. He sees himself as trying to do something good for mankind, good for society. He calls it Project New America. He’s trying to improve the life of everybody; it just so happens with the way that he goes about it isn’t necessarily the most savory.

With that in mind, I was hooked because it was a character I can relate to. The idea of losing somebody that we love is something that we all can understand, that would devastate any of us. But to lose somebody you love as a result of somebody else’s negligence and [having] them not take ownership for it would make us all angry and frustrated and vitriolic and want to enact some level of revenge. So I think he’s the kind of character that can make audiences conflicted.

BF: You mentioned Blade, which aired in 2006, and since then the TV world has just exploded with superhero shows. What is it like for you to return to the genre now, when it’s become so popular?

NJ: It’s amazing. When we did Blade 15 years ago, nobody was doing TV versions of superheroes, apart from Smallville was out. That was the only one. But they had a limited appeal…and now we’ve had this superhero explosion and the quality is so amazing. We actually talked about it on set, me, Geoff and Nelson Lee, who plays Dragon King [and] who was on Blade as well. We were talking about it and saying if our version of Blade came out now, we would’ve had seven, eight seasons. We were just ahead of the curve.

But to return to it with Geoff and also Nelson, and work with him as a dear friend of mine, it felt a little bit like a homecoming to be on set with those two.

BF: You’re very familiar with sci-fi and fantasy TV in general; before Stargirl, you’d done shows like FlashForward and Sleepy Hollow, to name but two. How does Stargirl compare to your prior experiences?

NJ: This show is huge. Every day, I was blown away by the scope and the scale of it. It’s the most expensive TV show I’ve ever worked on, and I’ve worked on some big TV shows. This one was by far the most expensive, and all of that money you can see in the sets, the costumes and all of the setpieces where I got to do the action sequences. Seeing some of the action they put together, just incredible stunt scenes, it rivals any movie I’ve been in. And that is all a testament to the amount of time and money that was put into the show. It’s just epic.

They have S.T.R.I.P.E., who’s the robot that Luke Wilson’s character, Pat Dugan, flies. And they made a practical S.T.R.I.P.E. It’s on my Instagram page. You can walk into one of the stages and there’s the 20-foot robot that has fully articulated arms and fingers; his chest opens for Luke Wilson to sit inside. The fact that they made this thing, which would have been hundreds of thousands of dollars to make, just shows the scope and the scale of the show.

We also had the luxury…Most TV shows are shot over eight days, eight days per episode. We had ten and towards the end we were having eleven, twelve days to shoot an episode. We have more money than I’ve ever seen on a TV series. We also have more time, which means we got to really take our time with the scenes and create what we wanted without the time constraints. And all of that goes into making a show that I think is just a notch above the stuff that I’ve seen so far on TV in the superhero genre.

BF: Aside from that, is there something about Stargirl or Icicle that you are particularly excited for TV viewers to see?

NJ: One of the things I like that Geoff does is [he] mines the backstory of each character in a way that hopefully makes it understandable or relatable to the audience. It’s one of the things I really love and [that’s] evident in the work that I’ve done is finding a character who ostensibly might seem like they’re one-dimensional – for example, the Horseman on Sleepy Hollow – and then finding a way to make them relatable so that an audience will end up sympathizing and maybe even empathizing with that character. Once an audience starts to empathize or sympathize with the main villain, you end up with a really interesting show.

The moment they start learning about who Jordan and Icicle is and what his motivations are for doing the things that he’s doing, I’m hoping that they’re going to start to become conflicted and start empathizing and therefore rooting for what he’s doing. My goal would be that by Episode 12, people are really on the fence. They’re like, I can see that he’s doing bad stuff, but he’s doing it for the right reasons and ultimately, isn’t that good? So I kind of want him to survive and win. That’s my hope.

BF: You’re also a series regular on the Amazon Prime Video drama Absentia, so what was the transition like between playing Jack Byrne and then portraying Jordan Mahkent?

NJ: It all went back-to-back, because I finished season two of Absentia in December, had Christmas off, shot five weeks on The King’s Man and then started work on Stargirl. I had to fly back twice more to finish shooting because I was shooting King’s Man and Stargirl at the same time, and then finished Stargirl, had two weeks off and then went on to season three of Absentia.

I see them as fairly similar characters. Jack Byrne in Absentia is a very tragic character who, when his sister disappeared [and was] presumed dead, he fell into a really dark, emotional hole that led to his alcoholism and losing his medical license. He worked hard to try to pull himself out of that. But it’s really laced with a lot of sadness and mental health issues.

On the other side, there’s Jordan, who has experienced the greatest pain I think he could ever experience other than losing his son and that’s losing his wife. He’s become a very single minded man on a mission, trying to make sure that nobody ever suffers the same injustice, which is why he formed the Injustice Society. To make sure this injustice doesn’t happen to anybody else.

One of the things Geoff and I talked a lot about was looking at color palettes of who he is. He’s not this red, angry, walking around wanting to destroy the world. Everything is painted with this blue sadness. He’s deeply, deeply sad. And looking at everything I did in every relationship with that color palette and the idea that it’s all laced with this blue of sadness means that he’s not actually that different to Jack Byrne. They’re cut from a very, very similar cloth.