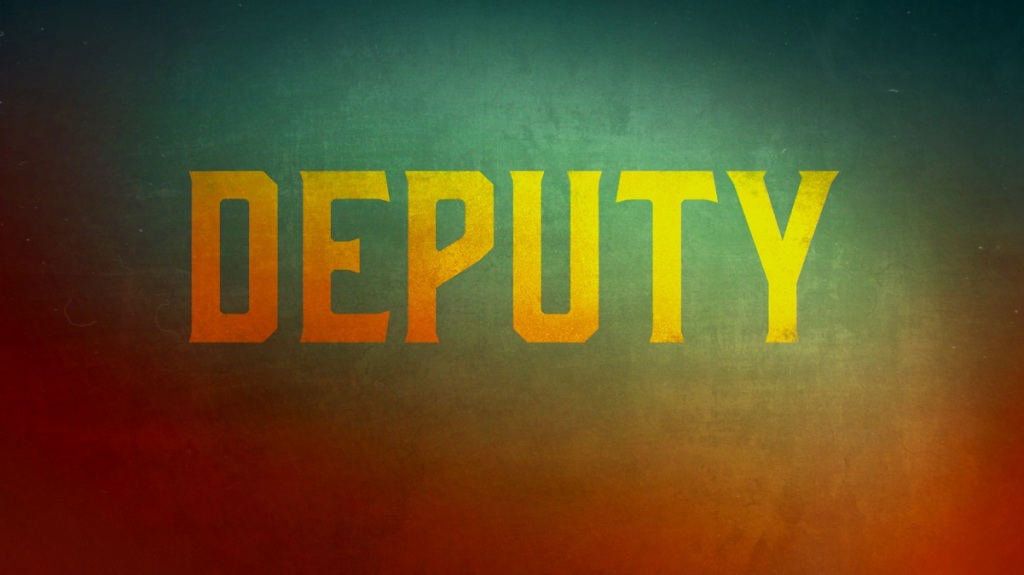 Most teenagers on television follow a particular pattern, but not Maggie Hollister on Deputy, as played by actress and singer Valeria Jauregui. Her character on the FOX series has been more fleshed out than most, and still has a lot of life ahead of her in the remaining three episodes of the season.

So why does Valeria think that Maggie is so different? What has it been like for her to take on her biggest TV role yet? And does she ever wish that she could be involved in the crime-solving that most of the other cast members do every week? Get the answers to those questions and others in our interview!

Brittany Frederick: What was the first thing that you noticed about your character on Deputy?

Valeria Jauregui: I think her sarcasm. My character Maggie, she’s very sarcastic. The audition was actually kind of funny, because I got the audition [details] and it said 18 and older. It was meant [to be] a much older character. I was like should I record this or not, because at the time I was only 14. Then after I read the sides that they sent, they just spoke to me so much.

They were so sarcastic and so much like my parents and I, so I decided to record it with my brother, and I guess my natural sarcasm with him got me the role. I also love that the show is truthful and it’s raising awareness [of] the problems that are going on right now in real life. It’s really cool to be a part of that.

BF: Most TV kids, though, aren’t written so well. They’re either there to complicate their parents’ lives, or just wind up as hostages, or both. So how do you think Maggie has been able to be different?

VJ: I completely agree with that. I think it’s the writers that kept surprising me in such a right way. Just when I think I could make her a young and naive 14-year-old, they always prove her more mature. It’s usually me learning a lot from her, because she’s very understanding, she’s coping with so much. Her dad just got the job as Sheriff of Los Angeles County out of nowhere and her mom’s a surgeon. So I’m guessing her parents were always at work.

I researched things like that, her family situation, which makes it kind of hard on a teenager who’s also dealing with all of her teenage problems. I did want to put some of that edge into her, some of the struggles, but [in] all of our scenes she proves really understanding. I think it’s the way the family is portrayed in the show; we would always have long talks and things like that. And I think that’s a really good example of the way that you’re supposed to cope with situations, is talking it out. And that’s the validation for Maggie – why she’s so sweet and understanding.

BF: What has the journey been like for you, since this is the first time you’ve been playing one character for this long? Has it been a different experience from an acting standpoint?

VJ: It’s been so cool. I’m always so curious to see the script for every episode. After we’re done shooting one episode, I’m on the edge of my seat the entire week waiting for that new script, to see what I get to play around with for the next one. But it definitely has been an adjustment, just because this is also my first TV show ever. I was always doing independent films or short films and things like that before.

I think what I’ve enjoyed about it is having a family to come back to. I love our cast and crew so much. They’re all so sweet and so supportive. It was great to see them so often, and I hope that there’s a season two. If there is, I’m excited to go back to that and go back to a fun character.

BF: Have you had a favorite Deputy episode so far, or one that was a particular challenge?

VJ: Episode seven [“10-8 Search and Rescue”] was a fun one, because it showed a fun, rebellious side to Maggie after episode six [“10-8 Do No Harm”]. Six was the harder one, when [Maggie’s mother] Paula is trapped with the shooter. I think that affected Maggie and led her to do what she does in the next episode.

Episode seven is when Maggie skips school, and that was a really fun episode to shoot, because there’s a little stunt in there where I have to push this reporter down. They hired a stunt double for me, but the stunt double didn’t show up that day, so they had to teach me how to do it. The original stunt was me flipping him over my back, but I couldn’t do that because I’m really petite, so we had to stage it – but seeing the final result was super-cool. I didn’t know how that was going to look and it turned out pretty awesome. That was an entertaining moment, and I got to shoot with my friends as well!

BF: Luckily, Maggie hasn’t wound up in the line of fire just yet. But have you ever wanted to get involved in the police side of Deputy?

VJ: Of course, sure, always. (laughs) My actor friends and I always joke around. They’re like, we can’t wait for you to get kidnapped or something like that. I’m like, guys, that’s a lot right there! The actor side of me is always hoping something awful happens to Maggie, so I can kick down some doors.

I’m always nerding out going through the sets. Our hospital set and our jail set, they’re so cool and it’s so tempting to want to explore those. Getting to see everybody doing all those cool stunts and seeing how cool it ends up looking on screen; all of the cool, intense cop stuff that Shane [Paul McGhie] and Danielle [Mone Truitt] get to do is always really fun to watch.

BF: Deputy fans may not know that you also have a music career. How did music come into your career and do you have any plans to continue with that?

VJ: That was the first thing in my life. That was what got me into acting. I was very expressive as a little girl. I started with musical theater and from there I went into acting. I think music was always my number one thing until I figured out that I loved acting as well and loved the career side of acting. It’s just so fun to be on camera, play around and pretend all day. I love that.

But music, it’s just really been my first passion. It’s always been in my heart. It’s still what I do to calm myself down. I find myself singing all the time and I don’t even know I’m singing, because I’m trying to calm myself down. My dad’s like, “What are you doing?” I do that on set all the time. Playing instruments has always just been a hobby of mine that I love to do. I was also on a singing competition TV show when I was young, so that was a big part of deciding I liked being on camera.

Right now, we’re just hoping for a season two of Deputy. I’ve been auditioning a lot for other things and working on music as well. I hope to maybe release an album in the next year.